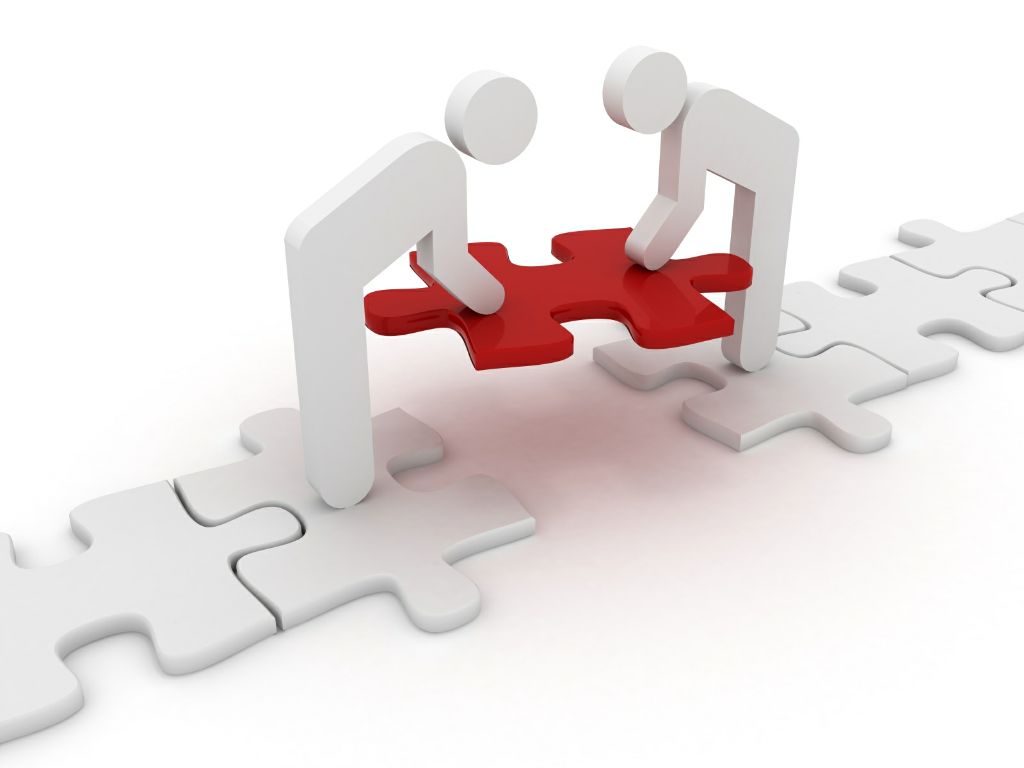 (Preface – I would like to see “business ethics” no longer be an oxymoron. The day needs to come (and it IS coming) when the legal rights of a single person are greater than that of a corporation. Modern-day court decisions have given corporations all the rights of a person with little of the legal or moral responsibility.

This unwarranted legal interpretation has been used to its fullest extent over the past two centuries. It has enabled the modern corporation to become the most powerful legal form of wealth transfer in human history. They are perfect mechanisms for doing so, because even though they are often traded “publicly”, they have clearly evolved over time to benefit the few at the expense of the many – always able to hide behind ‘personhood’ or by providing lip service about ‘giving back’ while extracting as much as possible from the communities and countries where they are located.

Those days are coming to an end. The EVENT will change all of that. Virtually overnight, a large number of multinational corporations – especially those in the financial sector – will become bankrupt. The sheer magnitude of these bankruptcies will necessitate breaking up these companies such that ‘multinational’ becomes a relic of an era of corruption and massive inequality. No longer will companies be allowed to transfer wealth stealthily between countries or from consumers and employees to those providing the ‘capital’.

The current population of corporate executives will need to adapt quickly – especially those who’ve long worked directly with or even for those in the Cabal. For many, their new bosses will be the people in the countries which have had to take them over. This alone will force many to either leave the business world permanently (perhaps by force in some cases), or to radically change their thinking to “people before profits”.

The letter that follows is meant to be read during the financial shutdown by any CEOs, CFOs, COOs, CIOs, boards of directors, and moreover any investment banking analysts who’ve been used as enforcers by the Cabal to ensure that every ‘publicly held’ company serves their organized crime ring above all other interests.)

An Open Letter to Corporate Executives: What the EVENT Means for Humanity – and You

What you are witnessing has been in the works for a long time. Since at least 1975, a plan has been developed to permanently steer humanity away from a dystopian future of societal control and economic slavery. This was deemed necessary by intelligence agents after horrific events of the previous dozen years – such as JFK’s assassination, the undeclared Vietnam ‘conflict’, and Watergate.

Over the years this plan grew in scope and complexity. Tactics evolved, alliances were formed, and the numbers involved grew immensely – but at its core it was always about forming an effective way for truth to be spread in a way that would impossible to control. What is occurring would not be possible without the personal computer or the internet. Without each of those inventions becoming widely used, all information flow would be completely controllable given the virtually unlimited resources and ruthlessness of the Cabal.

The fruits of this effort are now being realized, but we are going to experience a disruption to ‘normal life’ that is completely unprecedented in human history.   Starting today, we’ll experience the following:

Shutting down the central banking cartel proved to be the only way to finally stop the criminal enterprises of a surprisingly small number of wealthy and extremely dangerous psychopaths. Simply, as long as the financial system remained in the control of Central Banks (and those who own them) these criminals would always be able to print money and direct it wherever necessary to maintain their grip on power. Now their source of power is gone, but daily life will be anything but normal for the next while. Hardships may occur, but ultimately the ‘new normal’ will be much more beneficial to the masses than the recent status quo.

The resulting sea change will be permanent. Once various disclosures of unconstitutional, illegal, and definitely immoral activities have been made public there will be no going back. The new financial system will be asset-based instead of debt-based. Corporations will exist in a vastly different regulatory environment; many may truly become ‘publicly owned’ in the sense that profits are distributed to the persons of the country where the company is domiciled. Lastly – and most importantly – there will be no such thing as ‘unemployment’ because there will always be plenty of work available.

Ultimately, concepts such as ‘overqualified’, ‘redundant’, and ‘maximizing cost efficiencies’ will disappear or dramatically change form when doing business. These concepts have been drilled into your heads in the post-Milton Friedman reality where a corporation’s executives are only accountable to shareholders. Now is the uncertain time where new ideas need to take root – and quickly! Collectively, we have to build a new future where it is impossible for such a tiny group of people to utterly dominate and control world affairs to form a perpetual grip on power.

Many of you may be fearful right now. To quote Nick Hanauer, it may feel as though “the pitchforks are coming”. However, it doesn’t need to be that way; you control your own fate in this uncertain time – as long as you are contrite and willing to change your thinking regarding what – or more correctly WHO should be priorities within any business.

Although I hate using this term, it is a definite “Come to Jesus” moment for all of you. Prior relationships between corporate executives and shareholders will be flipped upside down. Instead of kowtowing to wealthy financiers and investment analysts, any company’s leadership will now be accountable to the public. This will happen in large part due to the ‘follow the money’ revelations which are beginning. The trail winds through a seemingly infinite labyrinth of trusts, offshore accounts in tax havens, or illegally obtained ‘hard assets’ such as land or precious metals.

Ultimately, it ends up leading to many of those whom are being ‘perp-walked’ on their way to incarceration. But what happens next will affect us all, and it will completely level the playing field economically across the world.

Simply, much of this wealth has been stolen via illegal wars, crimes against humanity, or RICO (Racketeer Influenced and Corrupt Organizations) ‘organized crime’ activities. Moreover, it turns out that these people have been funding and promoting terrorism since time immemorial. Interestingly, for the crimes above, it is legal in most countries to seize the assets of these individuals and use them for reparations.

However, to pay these reparations, the wealth storage mechanisms of these people must be dismantled. This means not only the end of the current central banking cartel, but also the death of the modern corporation. Essentially, all corporate stock – whether owned by persons or institutional investors – will need to be paid out so that the wealth can be used for rebuilding the world’s infrastructure as well as reparations for funding terrorism and genocidal wars.

This means the stock market as we know it is done. Almost every company will need to be nationalized due to bankruptcy – especially those which are currently ‘multinational’. In their place will be new companies which are built from the ashes of the old burned out husks of excessive greed. The ownership structure of these new companies may be quite different as well; truly ‘public’ ownership will be a wave of the future – as profits are distributed back into the jurisdictions of these companies.

Moving to this kind of a business model will have an interesting side effect; most private individuals will pay much less as corporate profits are redistributed either via a corporate income tax or outright ownership by the people of a specific town, city, or country. If one is willing to reconsider what exactly the function of a corporate tax is, is easy to re-frame the corporate income tax as an ownership share of a given company in equal proportion to the corporate tax rate in any given jurisdiction. So it is not that far of a stretch from the income tax to the idea of a corporation being owned ‘by the people and for the people’.

Hence, any executives who look to minimize taxes payable are essentially taking from one set of shareholders (the jurisdiction in which the corporation resides) and giving to another (the very ‘elites’ who are being arrested and incarcerated at the time of the EVENT).

Rethinking corporate taxes as well as what should be the ‘rights’ of a corporation are just two of the many changes which are coming which are long overdue. Simply put, all of you running corporations have been leaving the two most important sets of stakeholders out of the equation for too long – employees and customers. Simply acquiescing to the demands of shareholders is an excellent way to make yourselves look good for the short term. Over the long term, it is legalized theft because it encourages decisions which are detrimental to society as a whole.

The choice is up to all of you as to how you wish to proceed. If you wish to defend your past actions and decisions, get ready for public ridicule – at best. Keep in mind that there are a lot of White Hats in the various Intelligence agencies around the world – where do you think the group “Anonymous” gets their information? Every conversation, every memo, every decision made for the criminal elite has been tracked – and if there is sufficient evidence to present to a Grand Jury, you may very well be charged for white collar crimes. If this is the fate you want for yourselves, go ahead – be stubborn and defiant, for your future will lie in prison and you’ll pushed aside while the rest of humanity gets to experience economic and standard-of-living growth which has hitherto only existed in people’s dreams.

On the other hand, if you look in the mirror and decide “Maybe it’s time to make a change”, you may end up faring much better than your colleagues who spend all of their time, energy, and rapidly-dwindling assets fighting for their reputations. Those of use working for a better future have been advised bythose in the know that forgiveness is the most desirable outcome of the coming Truth & Reconciliation hearings. We as a species need to move forward, and some of you may end up being vitally important to healing and rebuilding our world. However, until certain public statements of contrition have been made – it’s unlikely that anyone who had the word ‘Chief’ in their title prior to the EVENT will ever be considered trustworthy again unless they spill the beans about all conversations and memorandums which are hidden under the nefarious umbrella of ‘Non-Disclosure Agreements’.

It’s time to stop hiding behind the legal and economic protections you’ve long held. Now that the EVENT is here, those protections are gone forever. Going forward, anyone who succeeds in the business world is going to have to create value for customers in an ethical fashion. This means no longer treating employees like cattle or employing children in sweatshops which are for all intents and purposes slave labor camps. No, going forward everyone is going to be valued no matter where they grew up, what color their skin is, and who you know or what your last name is won’t open doors anymore, either.

It is time to get with the program and finally acknowledge those you’ve disdained for so long as equals. We are all in this together, and the rest of us – the 99%, if you will, want to welcome you with open arms if you’re willing to open up about what went on behind closed doors for so many years.

The choice is yours. By cooperating you will make all of our lives better – include your own.

Original article can be found in http://eventreference.org/2015/03/29/an-open-letter-to-corporate-executives-what-the-event-means-for-humanity-and-you/